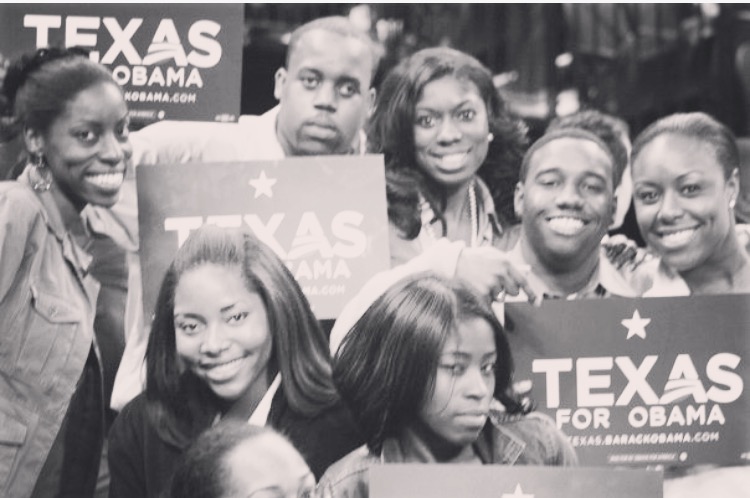 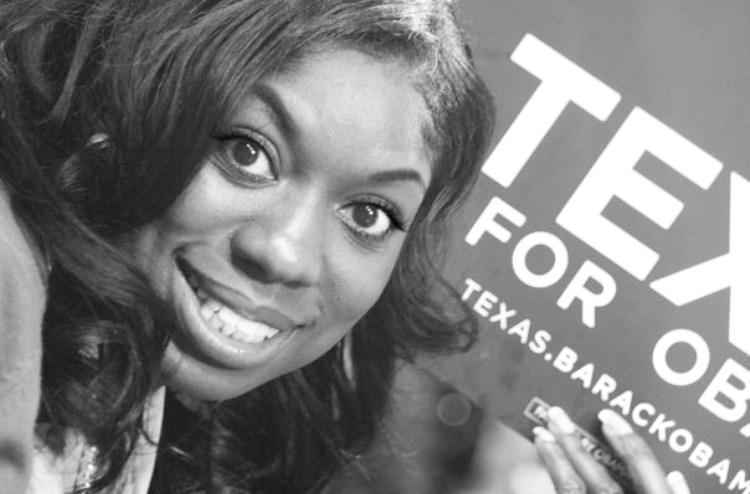 At the 2007 Barack Obama Rally in Houston Texas. (Photo by Justin O’Keith Higgs).

Today is probably one of the saddest days in my adult life. I say that recognizing the privilege that I have of not experiencing the more serious bouts of disappointment that comes with adulthood. However, this sadness just can’t seem to go away. Today, January 19th 2017,  is the last day of Obama’s presidency. For the majority of the latter part of my life, Obama is the only president I knew and the only president I truly campaigned for. I remember in 2007 when myself and few of my friends from Law School, skipped class to attend the Obama rally in Houston. It is a moment I will never forget. The energy was electric, the air filled with chants of “YES WE CAN,” and we all just stood in awe at a man, whose name and face looked nothing like what the position had ever been before. Fast forward eight years, that feeling of hope, belief, and overall joy has come to an end.

I still remember the day after Obama became president. It was like the entire world won a collective Super Bowl. My cousins from abroad were calling me in celebration of his win and chanting in thick Nigerian accents “YES WE CAN”. There was an unstated, but collective happiness that was shared amongst strangers in the days following the election. Smiles were exchanged at grocery stores, hi-fives were given at Starbucks, and the always present “I see you brother/ I see you sister” head nod was at an all-time high. The sun seemed brighter and our potential as a nation seemed endless. To think that one man was responsible for a sense of nostalgia that swept our nation still gives me chills.

My greatest joy is that my husband and I gave birth to both of our sons during President Obama’s presidency. Why does that matter you ask? Because in our society, brown and black boys (and girls) are often judged, mistreated, and neglected by a society that often views their skin color as a weapon instead of a creation by God. My boys (although relatively young) had the opportunity to witness a man, who looks just like them, become the most powerful man on earth. There is power in that. There is power in knowing that someone who looks like you, is able to achieve great success. One of my greatest moments of the Obama legacy was when President Obama held a press conference after the killing of Trayvon Martin and said: “If I had a son, he would look like Trayvon.” The symbolism of our nation’s first black president projecting his blackness on a young man who was killed for what many believe to be racial profiling had never been seen in the White House. To me, that is one of the greatest legacies of the Obama administration. Symbolism.

We may argue about his policies, what he was able to accomplish and what he did not accomplish. We may go back and forth on whether he should have done more for black people, or his role in enacting laws that mitigate systematic racism within our criminal justice system. While these arguments can go on for years, what cannot be denied is the power and impact of having a black man as the president of the most powerful nation on earth. What cannot be denied is the class and dignity he and his entire family exuded for EIGHT YEARS. No scandal, no mistresses, no impeachment. Obama and his family are the gold standard for not just black America, but for all Americans. So, as his presidency comes to a close in less than 24 hours, I want to leave with this:

President Barack Hussein Obama II, a boy, born to a Kenyan father, raised by grandparents in Hawaii, and who calls the Southside of Chicago home. It has been my greatest honor and an absolute privilege to be alive during your administration. A lot can be said about your presidency, but as you close the door for the final time in the Oval Office, I want you to know: If nothing else, you have let little brown boys and girls know that anything is possible. No matter what stones or hurdles, we face in life, our ability to succeed lies, not within our circumstances, but lies within ourselves. For showing the world, that we, people of color can also become successful, and that we, people of color, are also citizens of this great land we all call home, our nation owes YOU our deepest gratitude and unwavering appreciation. 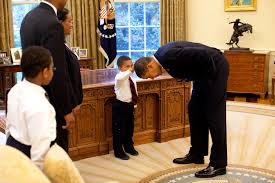 His hair feels just like mine. The power of representation.

May the road rise up to meet you. May the wind always be at your back and may the sun shine warm upon your face. It has been a great eight years and I wish you the greatest of success in your next chapter. Yes we can, and YES WE DID!!

A little black girl from Nigeria.